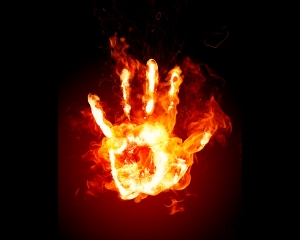 Jeremiah was such a complex person with a lot of emotion, which is why he is known as “The Weeping Prophet.” Still, his story reflects many of ours today. He was called at a young age and when God first called him, he was apprehensive and had excuses as to why he wasn’t able to do what God had purposed for him to do. Many of us are like that. We feel that the task God has for us is too big and we are too small, but that’s the beauty of it. If what He has called you to do doesn’t scare you or keep you on your knees, something is a little off. God, as when He called Jeremiah, wants you to go past your own limits in thinking, strength, and ability and do what takes you out of your comfort zone to prove His power and show His glory.

Jeremiah’s calling was hard and very uncomfortable; he was called to tell the people of Israel about themselves and the doom of the nations. I mean seriously, who wants to go around telling people daunting words from God and not only that but God give you a warning that the people will fight against you and pretty much hate you? Like whoa!

Maybe you feel that way. Maybe what God has chosen you to do and what it will take to do it or get there frightens the mess out of you. Maybe what He purposed you to do, if you know it yet completely takes you way out of your comfort zone. Maybe who He has called you to be is the you that you have hidden or covered to fit in. As God told Jeremiah, don’t be afraid, for you will overcome and He will protect you and rescue and deliver you from whatever you will face. What the Lord has put inside of you is what this world needs to see and or hear, even if they don’t know it or want or accept it. Do what God has purposed you to do. Be who he destined you to be. There is a purpose.

As time goes on, you realize that people are even crazier than what you thought or expected and it’s much harder to complete the task than you could’ve ever envisioned, and as we do, like Jeremiah, we begin to complain and fuss because things aren’t going as smoothly as we like or it’s just getting too much to handle, and you want to give up just like he did and curse the day you were born. At some point he gave up and decided not to fulfill his purpose any longer. It was then that he realized that he couldn’t quit. He couldn’t give up, no matter how much he was hurt, mocked, insulted and reproached, and no matter how much he felt like God had set him up. He had a word; he had a duty that God had given him to do. The moment he stepped out from it, he felt a fire welling up in him that was more intense than what he experienced from other people.

Whatever it is that you have been destined to do, to be, it will get difficult, people will get on your very last nerve seemingly more that ever, people will look at you funny and talk about you, and the Devil will come at you with everything he’s got. But what you have the power to become, why do you think the Devil is trying to stop you? Why do you think God placed you where you are and called you out? They both see something in you and all you have, are, and will face is in either to prepare for greater or hinder you from greater. Know the difference. Either way God has promised to be with you, so like He told Jeremiah, get yourself ready and stand up, for he has already covered you, so no one has power over you or the ability to destroy any part of you unless you allow them to.

Whatever it is that you may be trying to hold in, don’t. It will burn you until you unleash it. So I encourage you, whatever it is that you are called, chosen, destined, and purposed to do, no matter how terrifying or uncomfortable it appears to be or already is, don’t give up. The world desperately needs you, even if they think they don’t. You have Jesus. So yeah, they need you, because they need Him. You work is not in vain, because it will hurt you and them more if you didn’t than if you do. You have been blessed with a burden.